A new three-year programme of opera and music theatre work

From the stories we tell to the process used to tell them, join Improbable in creating music and opera that is in – and of – the moment.

Future Sounds is an ambitious programme of new opera and music theatre projects over the next three years.

With your support, we will:

We are Improbable, and through Future Sounds we want to help change the future of contemporary opera and music in theatre. What relevance does opera and theatre have in building our collective future? How can traditionally more hierarchical art-forms engage with the urgent questions of today and tomorrow?

The last decade has seen us start to collaborate with major opera houses on existing works, and the results have been distinct and immersive. Now, we want to go further, making our own productions and creating new kinds of operatic practices for stages worldwide. We would love you to join us. 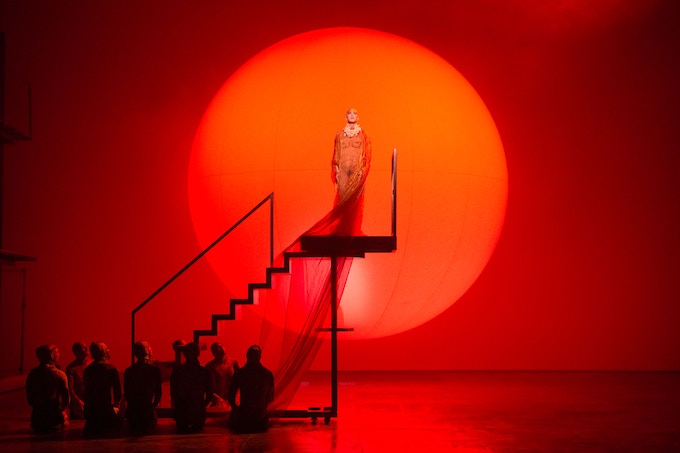 Future Sounds is a three-year programme of work that includes:

Tao of Glass with Philip Glass. Where does true inspiration come from? Composer Philip Glass and performer-director Phelim McDermott have worked together on acclaimed opera productions in London, New York and beyond. Tao of Glass is their most personal collaboration yet, and the first time that Phelim has stepped on-stage with Philip’s music. Inspired by a dream, Tao of Glass marries ten meditations on life, death and Taoist wisdom with ten brand new pieces of music from Glass; a storytelling tapestry, soundtracked by Glass’s mesmerising music and shot through with Improbable’s trademark theatricality. It will be co-directed by Kirsty Housley and staged with an ensemble of musicians and puppeteers. This campaign will enable Improbable to be a co-commissioner and co-producer of the work.

Discovering Akhnaten. Later this year we’re heading to New York’s Metropolitan Opera with Akhnaten, our version of Philip Glass’ opera made in collaboration with ENO, LA Opera and the Gandini juggling troupe. With your support, we’ll use the production as a springboard for creating a large scale community project. Working with countertenor Anthony Roth Constanzo and the Gandini jugglers, we’ll bring together 120 adults & young people from across the five boroughs to create their responses to Akhnaten’s story, which we’ll then stage at the Brooklyn Museum.

Devoted & Disgruntled: What are we going to do about the future of music theatre?  Since 2005, Improbable’s Devoted & Disgruntled events have brought together thousands of people to work on key questions in theatre and the performing arts. With your support, we’ll head to Northampton’s Royal & Derngate (UK) – home to a three-year project to reinvigorate mid-scale music-theatre – for a D&D on the future of music, theatre and opera. Who is it for? How do we make it? And how can we work better together? 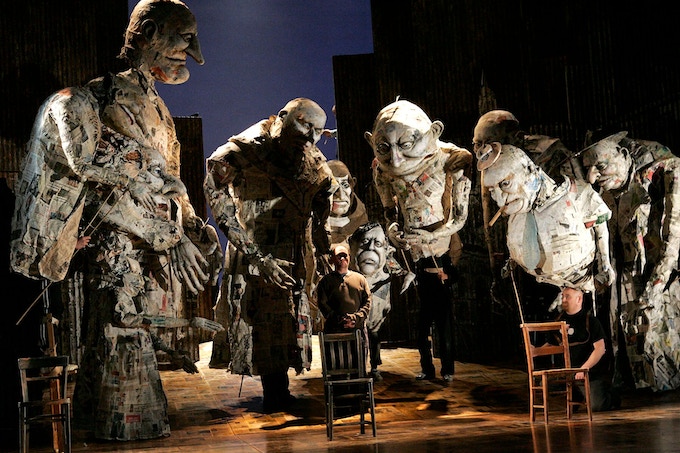 Over 23 years, we have made some category-defying pieces of theatre. From delicate pieces like Animo, where newspapers become swans and bristle brushes become creatures…

…to shows improvised on stage every night like Lifegame (1998; 2004), where the bare bones of interviewees’ life stories are transformed into a theatrical biography. Or Lost Without Words (2017) at the National Theatre, where older actors in their 70s and 80s draw on lifetimes in theatre as material for an improvised show.

Each of these productions have placed awareness at the heart of the creative process. We have done this in theatre for many years, but opera has whole new kinds of potential for engaging audiences in new ways: its many components – music, orchestra, design, singing – have flirted with us as a theatre company who love to create spectacle. We’ve transformed the face of British theatre, but we’ve only dipped our toes into the world of opera. 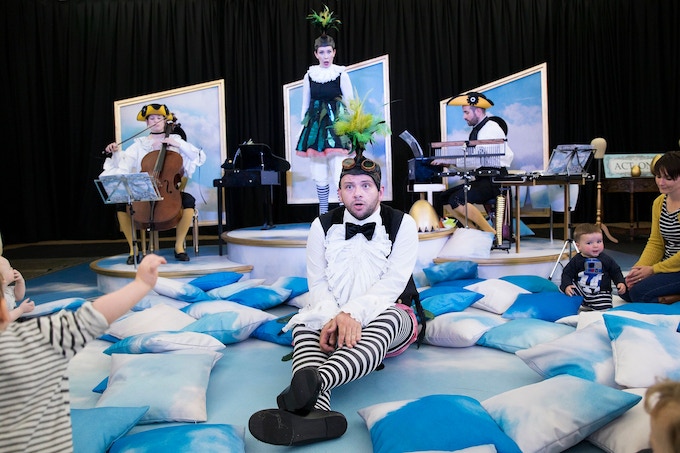 What if the first time someone experienced an opera was as a baby? BambinO: an operatic adventure for 6-18 month olds. Photo: James Glossop.

We’re incredibly excited by the Future Sounds projects we’ve put together so far (and hope to announce more new works before too long). However, the scale of the projects is vast, and stepping into the world of opera and music-theatre as a producer requires a lot of resources. We’re not a major opera house with a large venue; we’re a small touring theatre company with great artistic relationships and big ambitions. Your support will help secure the next two years of a programme that places process, improvisation, spontaneity and awareness at the heart of music and opera’s contemporary oeuvre.

We are currently raising funds to enable us to be an official co-commissioner and co-producer of Tao of Glass; support the development of Mother Nature in 2019/20, including commissioning new pieces of music and supporting an album recording; partner with the Metropolitan Opera New York on Discovering Akhnaten; and host a one-day Devoted & Disgruntled on music theatre with Royal & Derngate Northampton.

Your support at this crucial stage, when some of the projects are little more than ideas bubbling through, will help us to hit the ground running and unlock future funding. If you would like to support Future Sounds, click here get in touch with Anna, our Development officer.

Phelim is a founder member of Improbable. He has won various awards such as an Olivier Award for Best Entertainment, TMA Awards for Best Touring Production and Best Director and a Critics Circle Best Designer Award. He was awarded a National Endowment for Science, Technology and the Arts fellowship and an Honorary Doctorate from the Middlesex University. He is also a father and a husband.

Kansas-born Joyce DiDonato entrances audiences and critics across the globe in operas ranging from Mozart and Handel to Rossini, Donizetti, Berlioz and Heggie. Winner of the 2018 Olivier Award for Outstanding Achievement in Opera, she is a multi-Grammy Award recipient and a fierce advocate for the arts. Her solo albums include ‘In War & Peace: Harmony Through Music’, which won the 2017 Best Recital Gramophone Award.

Through his operas, his symphonies, his compositions for his own ensemble, and his wide-ranging collaborations with artists ranging from Twyla Tharp to Allen Ginsberg, Woody Allen to David Bowie, Philip Glass has had an extraordinary and unprecedented impact upon the musical and intellectual life of his times. His operas – Einstein on the Beach, Satyagraha, and Akhnaten among many others – play throughout the world’s leading houses. Glass is the first composer to win a wide, multi-generational audience in the opera house, the concert hall, the dance world, in film and in popular music – simultaneously.

Countertenor Anthony Roth Costanzo began performing professionally at the age of 11 and has since appeared in opera, concert, recital, film, and on Broadway. He has performed the title role in Phelim McDermott’s Akhnaten with English National Opera. He has appeared with many of the world’s leading opera houses including the Metropolitan Opera, Houston Grand Opera, Opera Philadelphia, Los Angeles Opera, Glyndebourne Opera Festival, and Teatro Real Madrid.  His debut album, ARC, on Decca Gold was nominated for a 2019 GRAMMY Award, and he is Musical America’s 2019 vocalist of the year.

Thank you to our generous Kickstarter donors:

We invite you to gather online to dream about and design the kind of sector that could emerge from this pandemic. We want to create conversations that acknowledge the loss and the grief that many of us are feeling and support those who need supporting. Conversations that look beyond the short-term crisis, and which also support new, better ways of working.

A new three-year programme of opera and music theatre work. From the stories we tell to the process used to tell them, join Improbable in creating music and opera that is in - and of - the moment.

An exploration of life, loss and a single question: Where does true inspiration come from? This new collaboration between Philip Glass and Phelim McDermott marries ten meditations on life, death and Taoist wisdom with ten brand new pieces of music.
© Copyright 2020 Improbable. Improbable is a company limited by guarantee registered in England & Wales No. 08561272 | Registered charity number 1155695 | VAT Registration No. 181165907
Like most websites we use cookies to ensure that you have the best possible experience. By using this website, you are accepting the terms of our Privacy Policy and Data Promise, which you can find here.